Metaverse Observations from an International Crisis 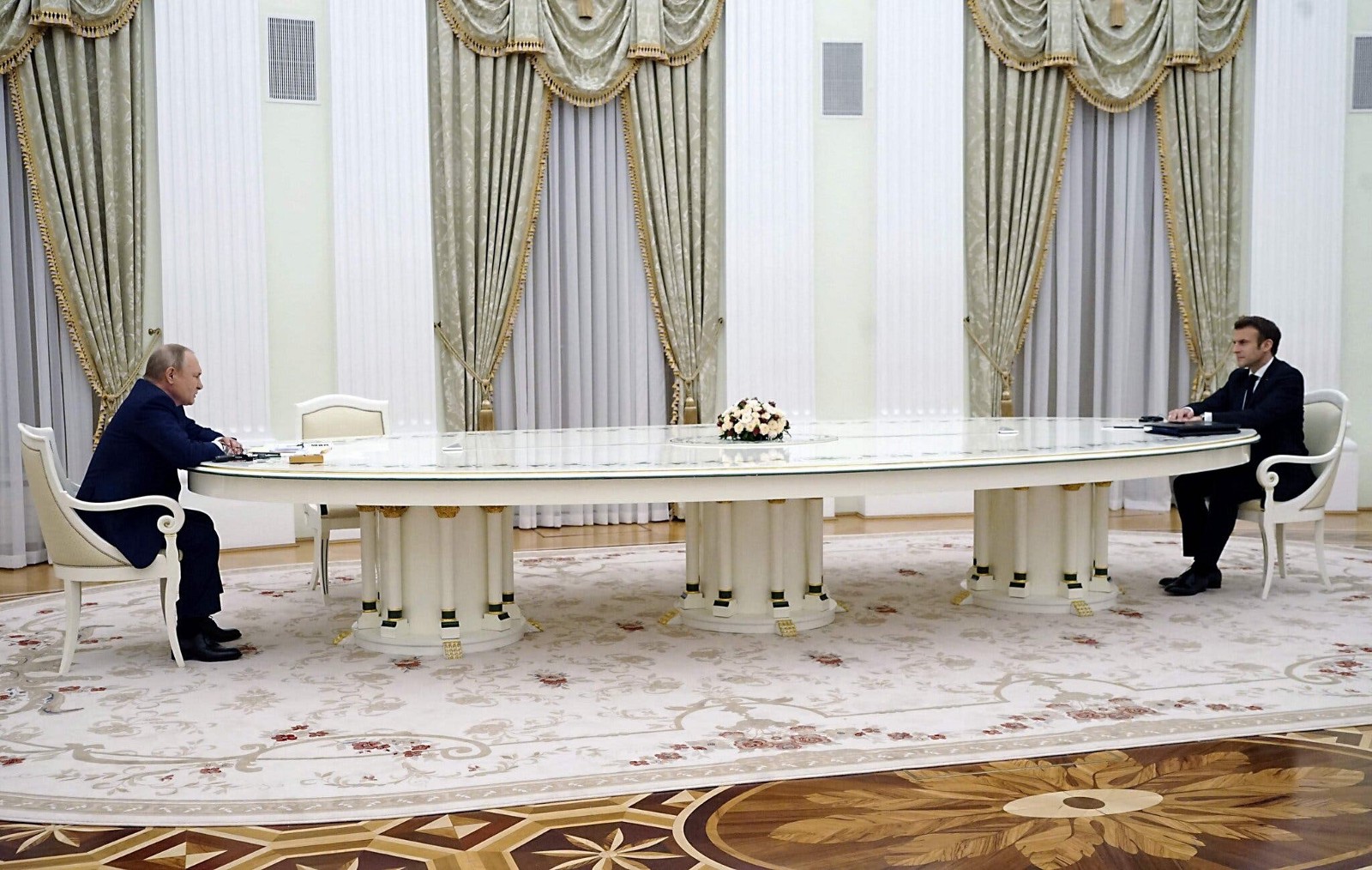 "Nothing in life is to be feared, it is only to be understood. Now is the time to understand more, so that we may fear less." - Marie Curie

We have delayed publication of this week's newsletter as a result of the extraordinary events unfolding in Europe. As we were getting ready to send out our weekly issue, Russian missiles started to strike the capital of Ukraine and we were simply unable to proceed as if it was business as usual. We express, because it is simply all we can do, our solidarity with all affected civilians and our sincere desire for peace to regain the Old Continent.

In this difficult period, we recognize how privileged we are to live in a time in history where peace has become the relative rule, and war the exception. As this crisis unfolds, we are reminded of the Second Law of Thermodynamics, which holds that, loosely speaking, nature tends towards disorder, and that the state of disorder can only increase as one goes forward in time. Applying this law to international relations, we observe that it can be viewed as a natural process for long periods of stability to give way to moments of instability, and for peace to, alas, sometimes give way to periods of war.

As we were paying close attention to the countless meetings, calls, and, in the Henry Kissinger tradition, 'shuttle diplomacy' that took place in the past few weeks to try to deescalate the conflict, a thought  came up: could international relations be enhanced by the Metaverse? Imagine that instead of laboriously shuttling from Paris, London and Berlin to Moscow and Kiev the French, British, and German leaders could simply put on virtual headsets and immediately sit across from their Russian and Ukrainian counterparts. That various world leaders, including the Chinese, American or Canadian ones, could enter a virtual immersive conference room at the push of a button. Could diplomacy have a greater chance of success then?

We put the question to Ilan Manor, a scholar of Digital Diplomacy, and he agreed with our belief that the future ability for international leaders and diplomats to instantly meet in fully immersive virtual environments without leaving the trimmings of their offices could be beneficial. We thus end this introduction, more grave than usual, by highlighting our optimism that all the work underway to develop the Metaverse may also be a positive driver of international political stability.

Keeping with its long-held tradition to 'make dreams come true,' Disney, founded 99 years ago, has made recent moves to hop on the Metaverse bandwagon. Announcing the appointment of Mike White as a sort of Chief Metaverse Officer, the firm's CEO, Bob Chapek, made the firm's virtual ambitions clear in a note to staff: "For nearly 100 years, our company has defined and re-defined entertainment by leveraging technology to bring stories to life in deeper, more impactful ways," he said, adding, "today, we have an opportunity to connect those universes and create an entirely new paradigm for how audiences experience and engage with our stories."

Disney means business, and is firing on all cylinders to create this new paradigm. In December, its patent application for a 'virtual-world simulator' was approved. We dug into their patent application to get a better understanding of their creative vision. The invention is for a "solution enabling one or more users to experience an immersive simulation of a 3D virtual-world that is accurately rendered according to the vantage point of each user." Plainly speaking, Disney intends to track individual visitors of its parks and project different 3D virtual worlds to different individuals. So, next time you visit Disneyland (okay, many years from now) your daughter could be immersed in the world of Frozen at the same time as your son is immersed in the world of Cars while you are just trying to find the next Churros station.

This move into the Metaverse is but the latest in Disney's recent push into new waters as it seeks to diversify its business and expand into new segments. For example, realizing that it contributed to making Netflix the behemoth and competitor it has become, Disney finally ended its relationship with them in January 2019, as it was getting ready to release its own streaming service, Disney+, which came out in November of that year. Since then, and in just a little over two years, the streaming service has been a runaway success, reaching 130 million users (vs. Netflix's 222 million) as at the beginning of 2022. This prove Disney's mastery of the digital realm, and its ability to innovate and compete against the best. The future of the Metaverse will be all the rosier when such storied and creative companies as Disney decide to take an active role in it.

We began our series on Artificial Intelligence last week by looking at the historical backdrop of the field since, as American astronomer Carl Sagan said, "You have to know the past to understand the present." This week, we will give an overview of the important role that Artificial Intelligence will play in the Metaverse, and some of its possible applications. For those interested in delving more deeply into this, we highly recommend that you check out this very informative survey paper.

In essence, Artificial Intelligence will be the glue that binds together the virtual and physical worlds. At its basic level, diving into the Metaverse will require the use of wearable devices that transport users to the virtual realm. For the experience to work and be pleasant (that is the goal, after all), these devices must be reactive to our physical commands, our movements and our actions. This is what will enable us to be accurately represented virtually, and to communicate seamlessly with the other avatars we encounter in the virtual world. Beyond speech, humans interact via facial expressions, body language, and emotion analysis. AI is the pivotal technology that identifies and translates these physical signals to the virtual realm. By having users resemble themselves instead of robots, the virtual world will include the all-important emotional and human layer that is key to making it a beautiful experience.

The specific techniques used to make this magic happen include machine vision, neural interface, and deep learning. These technologies, and an AI-powered Metaverse, can lead not only to pleasant human interactions, but to much wider applications. Indeed, the healthcare, manufacturing, and gaming industries are prone to be impacted as a result. In healthcare, for instance, AI will revolutionize the roles of diagnosticians and radiologists for example. It will also revolutionize the way that surgeries are conducted. Dassault Systèmes, a leading French tech company, is developing cutting-edge AI-based technologies that allow surgeons to practice their surgeries and test a patient's reactions to different manoeuvres through virtual simulations. We will return to this fascinating use-case when we expand on the concept of digital twins in a future newsletter.

Until now, one of the most widely celebrated accomplishments of AI has been when IBM's Deep Blue supercomputer defeated Garry Kasparov in a game of chess in 1997. This was heralded as a turning point in history, and it was supposed to usher in countless computational advances. Unfortunately, these ambitions and hopes were not quite realized, as it happens that the world does not exactly resemble a game of chess, and the computer's applications were too limited. The Metaverse presents an ideal opportunity to build on top of the advances made until now, and extend their applications to all facets of life in the virtual world. The development of the Metaverse is the ideal springboard from which the golden era of AI will be brought forth.

Next week, we will complete our series on AI by looking at some of the most recent achievements, notably from the teams at Meta, who have just made significant announcements.