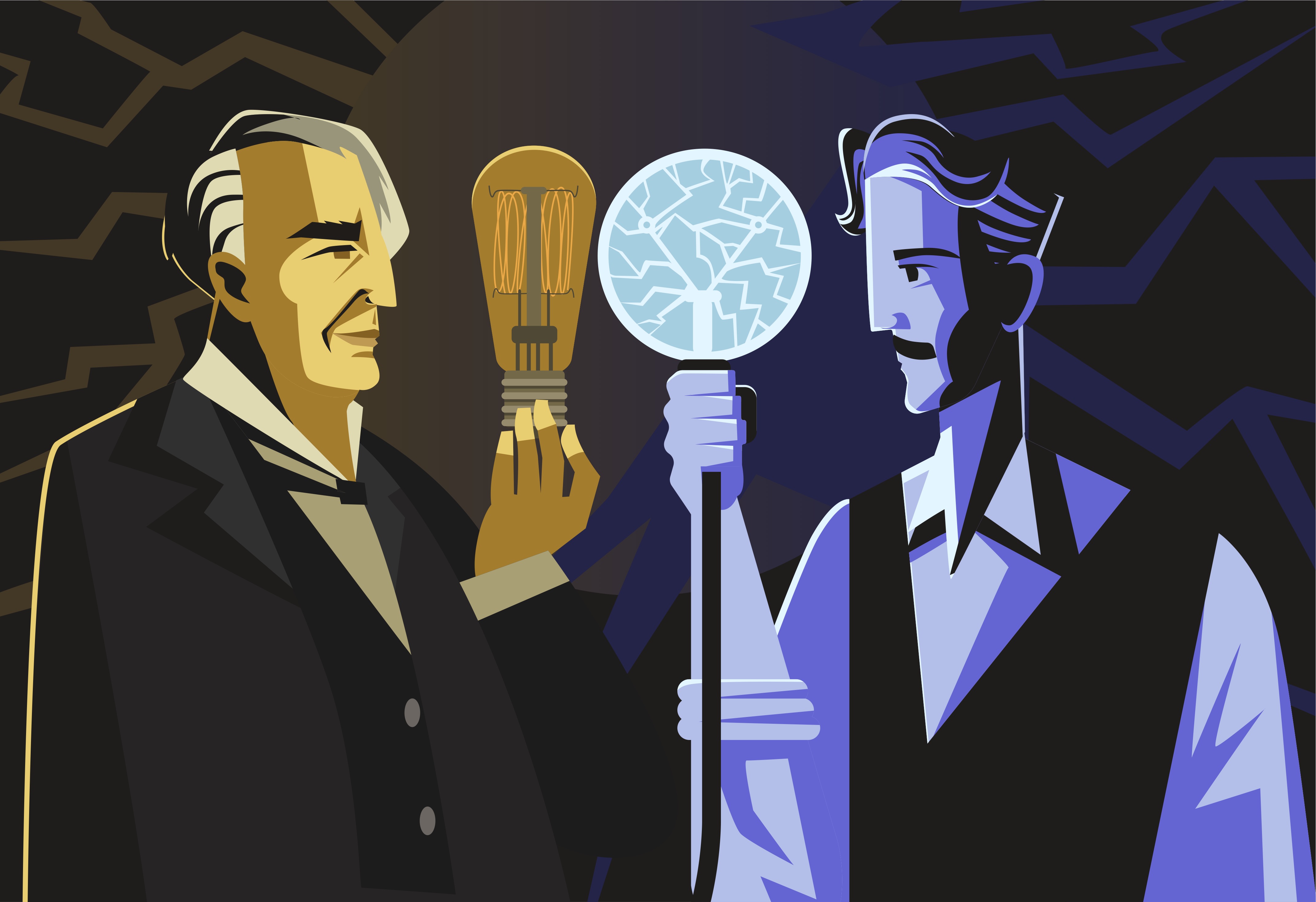 "We can only see a short distance ahead, but we can see plenty there that needs to be done." - Alan Turing

‍
When we originally set out to build this newsletter and community, we had many questions about how to best approach the vast topic. A lot of thought went into whether we should limit ourselves to recapitulating and introducing the week's main Metaverse news, or whether we should do more, and provide our observations on the matters at hand. As you may have noticed, we lean toward the latter by regularly including our commentary on the main news stories, something which separates us, gladly, from traditional media. We understand from some of the kind feedback we have received that this has been an appreciated part of our newsletters.

Our name, Introducing Meta, therefore stopped being an ideal reflection of what we are doing and trying to accomplish here. As such, we have decided to change it, and are pleased to inform you that from today, we will be MetaObservations. We believe this new name allows us to clarify our desire to not only serve as a megaphone for important Metaverse news and companies, but also to become a more active player in the space and contribute our own reflections on the important and foundational work currently underway to build the future of the internet, and, thus, the world (nothing less!).

One of the things that caught our eye this week was the release by global market research company Ipsos of the very interesting results of its survey on the Metaverse. We invite you to look at the full details here. A key finding is that while a significant 38% of respondents reported familiarity with the Metaverse concept, only 16% were able to correctly identify its meaning. This can be perceived in three ways: a lot of ink has been spilled on the subject recently, a lot of this ink has been confounding or unclear, and 84% of survey respondents have for some reason not yet subscribed to this newsletter.

At the same time, 42% of survey participants affirmed they were either suspicious or concerned about the Metaverse. There is good news in this, in that it signals how ambitious and revolutionary the project is. We are reminded here of the New York Times' fabled 1878 reaction to Thomas Edison's 'aerophone,' an early version of the telephone, when it wrote in an article that "something ought to be done to Mr. Edison, and there is a growing conviction that it had better be done with a hemp rope. Mr. Edison has invented too many things." Humans are perhaps not adapted to quickly accept the idea of innovations that will revolutionize their lives. But as we know, in the end they fully embrace such innovations.

We highlighted in one of our previous newsletters an assessment by Intel that computing capacity needs to increase by more than 1,000x to enable the full realization of the utopian vision of the Metaverse. This week, Meta (née Facebook) revealed that it has been building a major computing project that will contribute to bridging this computational gap. Dubbed the AI Research SuperCluster, or RSC in short, the supercomputer is scheduled to be finished being built by this summer, and will be able to compute quintillions of operations per second and train models with trillions of parameters. The end-goal is explicitly stated in Meta AI's research note on the project as "enabl[ing] completely new user experiences" and "power[ing] the Metaverse."

Such  processing power will allow the computer system to do such things as enabling "real-time voice translations [between] large groups of people, each speaking a different language." Naturally, we worry whether such a group of people, now being 'of one language and of one speech,' and dwelling in one Metaverse, will seek to come together to 'build a tower, whose top may reach unto heaven.' Will there be a heaven in the Metaverse that a Virtual Tower of Babel can reach, or will Mark strike down the RSC computer before heaven is reached?

Behind this computer stands staggering technological might that brings together the most advanced systems on the market, notably NVIDIA's cutting-edge DGX A100 systems, which will contain the 16,000 GPUs bounded by the InfiniBand fabric that are going to make up the system, allowing Meta to achieve a more than 20x increase in workflow speed from its last systems. We previously highlighted how NVIDIA is building the plumbing to the Metaverse with its 'Omniverse' platform, but its increasingly powerful chips and computer systems are also contributing to it becoming an increasingly indispensable player in the development of the future of the internet. Penguin Computing, a subsidiary of publicly listed Newark, California-based SMART Global Holdings, is also contributing to the hardware integration. We look forward to seeing all that this machine will lead to once completed, and hopefully that won't include the scattering of people 'upon the face of all the earth.'

In the past three Metaverse 201 sections, we delved into technical infrastructure, virtual platforms, and interoperability, and explained their relevance and importance as key components of the central core making up the Metaverse. Once this central core has been functionally built, everything will have to be built around it to create the Metaverse of our dreams (and hopefully yours, too). The category of non-consumer facing companies that will be the intermediaries to all this building, perhaps one of the most exciting for investors, is referred to as 'Picks and Shovels' by Jefferies. As they explain in their Metaverse Primer, "this is everything that would take advantage of, build on top of and improve the Metaverse."

For some background, picks and shovels refers to an investment strategy that was developed during the mid-1800s' California Gold Rush, when, after news of gold having been found by James W. Marshall in the city of Coloma, more than 300,000 people travelled from across the United States and the world to the newly goldened state for a shot at finding gold themselves. Astute investors at that time would not invest in individual gold-miners due to the significant risk of failure on an individual level, but rather the companies selling the supplies that all the dreamers had to purchase.

For example, as we have explored in previous issues, the hype surrounding the Metaverse makes investments in specific products, including certain well-publicized NFTs or virtual houses, highly risky. A much safer approach is to invest in the leading platforms that enable the NFTs and virtual real estate markets. Our conclusion: however appealing the California sun is, we maintain that investing in digital picks and shovels is still a preferable approach than looking for gold pixels. You will be able to tan, instead of dig, on a real beach, later on.

In addition, and as an aside, Jefferies astutely points out that this growing ecosystem of trade will create space for increased financial services in the Metaverse. As assets become closely intertwined with the Metaverse and on an ever-increasing scale, there will be room for specialized financial services companies to make a  place for themselves. An increasing number of people will solicit their services to help with such things as currency conversions, digital credit profiling, diversification strategies, and also general investment counsel.

A significant hurdle on the path to a utopic Metaverse is data privacy and security issues. Indeed, the Ipsos poll we cited at the beginning of this newsletter showed that 20% of respondents believed the Metaverse poses a big risk to personal privacy. Addressing this issue is therefore necessary not only to ensure it is indeed going to be a safe environment, but also to ensure that people's concerns are fully taken into account.

One of the most exciting things we do as we prepare these newsletters is to meet fascinating people who care deeply about the Metaverse and are working on ideas and solutions to further it. This week, we had the chance to meet ClearOPS, a highly reputed privacy technology company based in New York City. They will be launching a 6-part webinar series entitled Privacy & Security in the Metaverse that will dive into this complex and important theme. As its founders sharply explained to us, the industry needs to stop saying it needs to talk about this subject, and actually start talking about it. We look forward to taking part in this series and to share the insights we will gather.

We hope you enjoyed our newsletter, and would be grateful if you shared it with those around you to help us spread the word. Don't hesitate to share your feedback or to pursue the conversation further on any of the topics we addressed.

If you enjoyed this newsletter, you can join our community of readers by subscribing to it on our website to receive the weekly issues as soon as they are sent out.

Disclaimer: This newsletter is distributed for general informational and educational purposes only and the opinions expressed therein are not intended to constitute investment advice.‍