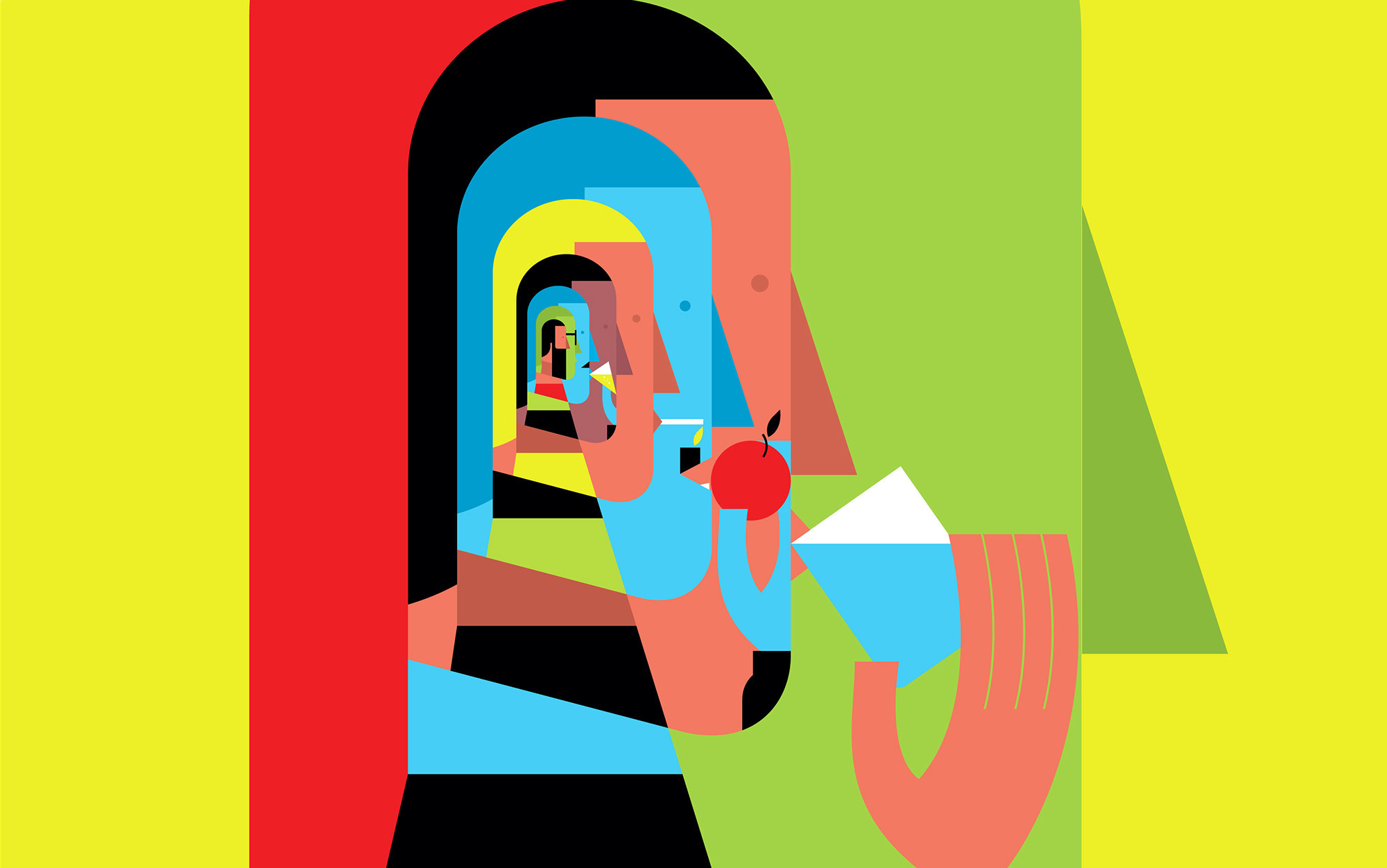 "The world would be a better place if more engineers, like me, hated technology. The stuff I design, if I'm successful, nobody will ever notice." - Radia J. Perlman

We received warm feedback regarding our introduction last week which featured the Simulation Hypothesis, first posited by Nick Bostrom in 2003, which states there are strong statistical grounds to believe we are living in a simulated world. While we concluded that introduction by expressing the hope that it isn't truly the case, and by pointing out the extensive debate around the question, some of you also expressed the desire for us to dig deeper into it. We're happy to do so, for what is at stake is nothing less than our understanding of the world and every facet of our lives.

One of the great resources we found to pursue the analysis of the debate on the true existence of an external world, a question first critically addressed by French philosopher René Descartes in his breakthrough treatise Méditations Métaphysique published in 1641, is a brand new book by NYU Professor of Philosophy David Chalmers titled Reality+. Mr. Chalmers, well-known in the field for his work on consciousness, dives into the implications of virtual reality, the sudden boom and advances in its development, and, addressing the same question posed by Descartes, presents a beautiful central thesis that virtual reality is genuine reality.

‍Reality+ is a work in what Mr. Chalmers defines as "technophilosophy," or the combination of asking philosophical questions about technology and using technology to help answer traditional philosophical questions. We are not professional philosophers ourselves, but we do "love wisdom," which is what the Latin word philosophy means, and we found a lot of wisdom in this book. Mr. Chalmers arrives at his conclusion by arguing throughout the book both that what happens in VR really happens, and that life can be as meaningfully lived in a virtual world as in a physical one. Inasmuch as virtual worlds are neither fictions nor illusions, calculating the odds that we are living in a simulated world becomes less important, for, in either case, it is a real world.

‍
This work provides us with a new prism through which to view the "Is the Metaverse Good" question. Answering this question, in a manner, by giving his book the name Reality+, Mr. Chalmers argues that virtual reality and all the Metaverse enables, in the end, adds to reality in a positive fashion. Addressing the common critique that no virtual world is as good as what we have come to see as ordinary reality, Mr. Chalmers answers that while it is possible for virtual worlds to be dystopian, they won't be so just because they're virtual. Rather, it is how we use them, how we protect them, and how we derive value from them that will define whether the move to virtual reality is good or not. But before it can be good, it must be built, and it is to these advances in its development that we will turn.

When the Metaverse becomes a National Project

In a very interesting development, the government of South Korea has announced plans to invest 223.7 billion Korean won (~182 million USD at time of publication) to develop its own national Metaverse ecosystem that it aims will make the country the 5th most important Metaverse market in the world by 2026. This announcement is a follow-up to last November's previous announcement by the Seoul Metropolitan Government that it intended to bring the capital of the country into the Metaverse, and provide its citizens municipal services in virtual environments.

This new push, more ambitious than the city project, is being spearheaded by the country's Ministry of Science and Information and Communications Technology (ICT), which has made its goals clear. Specifically, it intends to achieve four main objectives: driving forward the Metaverse ecosystem in the country, strengthening local companies, nurturing professionals, and creating a safe Metaverse for its users. The country will let the private sector do the actual work, choosing to back promising developers and companies in various ways instead of having the government create it. It's doing well to do so, as we know that governments and functionaries are not exactly synonymous with efficiency and productivity.

This announcement marks the first foray into the Metaverse on a national level. While South Korea's Ministry puts forth that its plan will lead to as many as 40,000 professionals and 220 companies being nurtured, created and supported with this program, this initiative may see its biggest consequence be a race it sets off among national governments that will be tempted to follow suit and build their own national strategy around the Metaverse. The 1960s saw a race to the Moon among world powers, and the 2020s may yet see a race to the Metaverse.

The consequence of governments implicating themselves in the development of the Metaverse instead of leaving it within the exclusive purview of the private sector is that it may soon take on geopolitical import. In the same way that we wondered whether diplomacy could be enhanced in a fully developed Metaverse in a way so as to improve the chances of negotiations to avert a military conflict such as the one currently taking place in Ukraine, we also wonder about the effect of having different governments run or having a role in running, national Metaverses. As virtual reality becomes an increasingly important part of our lives and the economy, in the way that the internet has over the last couple of decades, the power to disrupt another country's virtual reality platform will be increasingly valuable. If there was a sentiment that we may have witnessed the full potential of cyberwarfare, we can safely declare that you ain't seen nothing yet.

Having completed our first series on Artificial Intelligence, we now turn to explore another key technology in the development of the Metaverse: Digital Twins. Digital twins are slated to play a starring role in the Metaverse, as they represent the collision points between the physical and virtual worlds. IBM defines a digital twin as "a virtual representation of an object or system that spans its lifecycle, is updated from real-time data, and uses simulation, machine learning and reasoning to help decision-making." The concept has come a long way since its earliest iteration was used by NASA during its space exploration programs of the 1960s.

The US space administration was notorious for creating identical copies of the spacecrafts it sent to orbit, including all their components. The idea was simple: in an area of science where Murphy's law, which states that "everything that can go wrong will go wrong," was particularly tested, it was critical to have the ability to assist astronauts and flight engineers in case anything went wrong on the mission. Having a replica of the entire spacecraft accessible on the ground in Houston enabled NASA engineers to more effectively find solutions to the issues that arose during the program, and arise they did.

Since then, digital twin technology has evolved with the rise of the digital age. While Michael Grieves, from the University of Michigan, is credited with being the first to apply the concept to manufacturing in 2002, it is NASA's John Vickers that gave this idea and technology the "digital twin" name in a 2010 roadmap. Today, instead of merely serving as a digital copy of a physical object, a digital twin of something is also synchronized in real-time, so that a change in the physical world can be reflected in the virtual one. As such, a digital twin not only helps understand the present but also helps predict the future. Consider it a digital crystal ball, just slightly more accurate.

Digital twins are a fundamental building block of the Metaverse. Linking back to our introduction, in order for the physical world to be indistinguishable from the virtual one, extremely accurate digital representations of physical objects will have to be part of it. For our experience of the virtual world to be fully satisfying, our brains will have to confound the two, and to do that, will need to confirm that different actions engender the same reactions virtually as they do physically. Moreover, digital twin technology, combined with artificial intelligence, will play a key part in keeping René Descartes' centuries-old questions on the true existence of the external world as relevant as ever.

We will be pursuing our series on digital twins, and are looking forward to introducing you to some of the great initiatives and companies being built to address various needs in the Metaverse industry.