Metaverse Observations from the 10th Dimension 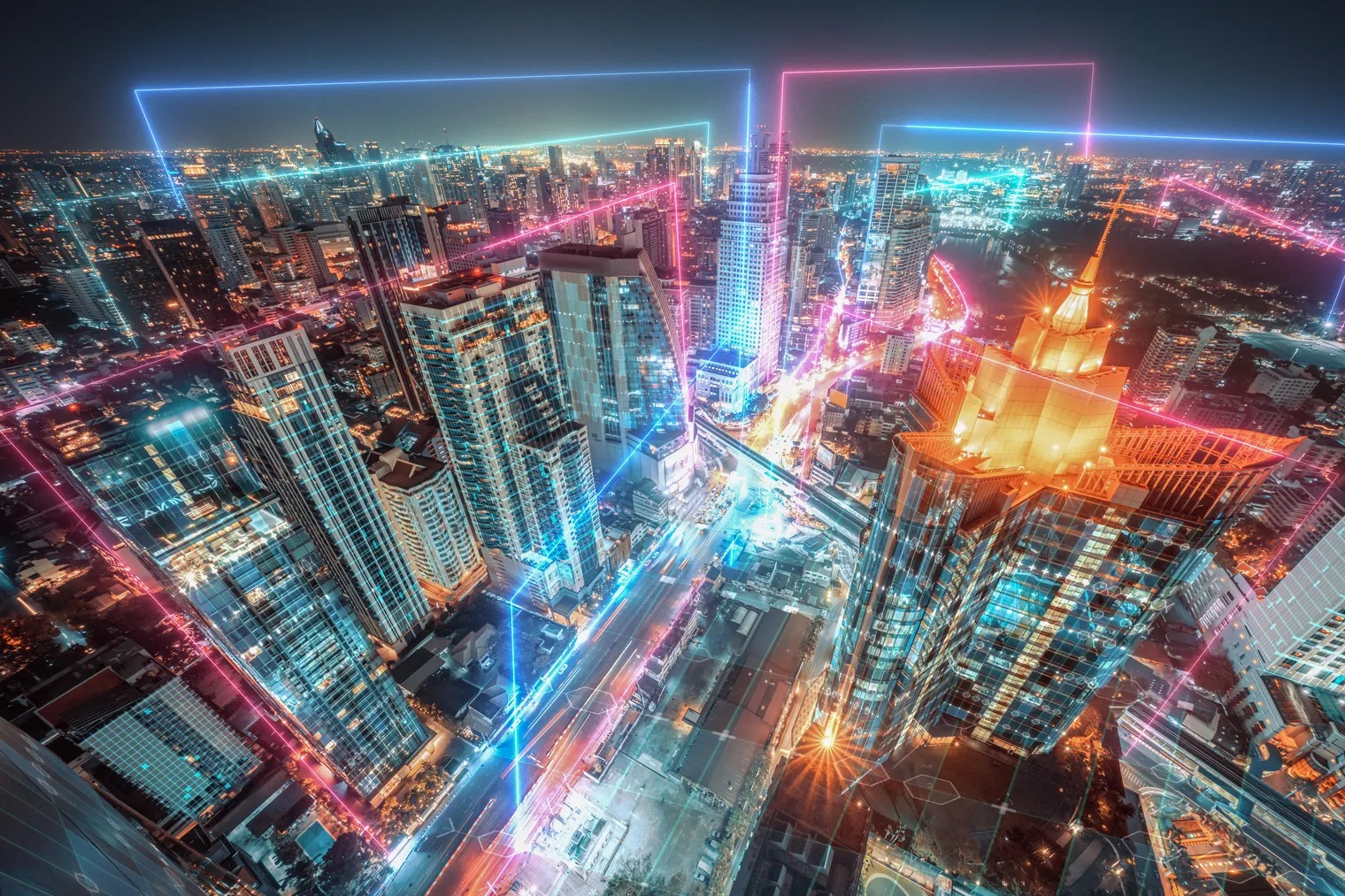 They say that it is calm before a storm. But they should also add that it is calm after a storm. Indeed, following an event-filled CES 2022, which heralded the Metaverse as a megatrend of the future and saw countless pronouncements on the subject, the following week was a relatively quiet one (not for us, however, as we were busy and grateful welcoming many new subscribers and working on several upcoming initiatives).

We will begin this week’s newsletter with an observation on the ongoing hype surrounding virtual real estate. As talk on the Metaverse continues to take on the world by storm, an increasing number of retail investors are treating it in the same fashion as meme stocks, and actively participating in the purchase of virtual land in the hope of achieving immediate outsized gains. Certain multimillion-dollar purchases are now systematically making headlines across the world, leading many investors to fairly ask themselves whether they are missing out on something, and whether they should participate.

We understand why the media keeps writing about multimillion-dollar purchases of virtual land, effectively long strings of 0s and 1s. Such headlines successfully generate clicks, but what’s in the media’s interest is not always in their readers’ interest. Since we labour to present our genuine views, and consider our readers’ interests and our own to be one and the same, we will be truthful about the matter: we view this asset class as a particularly speculative one at this time. Of course, virtual real estate is going to be an important aspect of the Metaverse eventually, and we will devote more pixels in future newsletters to explain its relevance and how it will be an integral part of the Metaverse. But it is dangerous for retail investors to participate in the frenzied VR real estate markets at this time, and these headlines are not doing the topic a favour, as they are leading many to confound the Metaverse with a get-rich-quick scheme, instead of the revolutionary innovation it is becoming.

The work needed to make the Metaverse a reality resembles more an ultra-marathon replete with hurdles than a 100-meter sprint. It is better suited for Kenya’s Eliud Kipchoge than Jamaica’s Usain Bolt. Our work and our vision are based on the profound conviction that investors will do very well in the medium and long-term to turn their attention to the companies leading the way, rather than being prematurely lured into the headline-grabbing meme-heavy bandwagons.

A Second Coming for Second Life

Second Life is back in the game. For some of our younger readers, who were raised with a Fortnite spoon in their mouth, and for our readers who were raised at a time when pinball machines were the pinnacle of gaming entertainment, Second Life may not mean much. This game was first rolled out in 2003, and allows players to live a, well, second life, where they can create, work, trade, and meet others virtually. As opposed to goal-oriented games, there is no specific object in this one, the game being only limited by human imagination, and, more exactly, computational capacity.

Its founder, Mr. Rosedale, is a well-known technologist with a reputation as a visionary who is regularly in advance of his time. So it makes sense that his announcement this week that he was returning to the gaming company he left in 2009 made waves. He had originally departed after being disillusioned by the slow progress of hardware innovations that precluded the full realization of his vision. The idea of a large-scale, internet-wide virtual platform had been a lifelong dream of his, but was impossible to realize with yesteryear’s technology.

His return to Second Life is an excellent signal for the entire Metaverse ecosystem, not only because a company with nearly two decades of experience will have a lot to bring to the table, but also because it helps to confirm that the technological advances made in the past few years are significant enough to warrant leading engineers and entrepreneurs, who had previously put aside or shied away from pursuing their grand ambitions, to come into the fray. We look forward to seeing what Mr. Rosedale, a great-grandfather of Zoom, as he created a video conferencing product called FreeVue all the way back in 1995, when floppy disks were still the rage, can do with the tools available today.

A Second Coming for Second Life‍

It is unlikely that William Welch Deloitte, the British accountant who founded the renowned company bearing his name in 1845, ever dreamed that his firm would one day leap into the 10th Dimension. To our non-physicist readers, the theoretical framework of Superstring Theory holds that the universe exists in 10 dimensions at once, starting with the first, where objects exist only in terms of length, and until the 10th, where everything possible and imaginable (except inconceivable events such as PSG finally winning the Champions League) takes place. This is where Deloitte aptly situates the Metaverse.

Deloitte last week announced the creation of Dimension10 Studio, a dedicated innovation space from which it will advise, both physically and virtually, corporate clients looking to expand into the Metaverse by leveraging AI, blockchain, IOT, AR/VR, and 5G technologies. This will be a fantastic resource for companies to continue exploring how they can incorporate the Metaverse into their existing products or how they can expand into new business segments that will be impacted by its advent.

One of the main industries that Deloitte will aim to attract with their new offering is manufacturing, as their “Factory of the Future” services will attempt to guide clients through the various technologies that may increase their productivity. It will be interesting to see how the corporate world reacts to this new service, and whether it will be met with success. We will be closely monitoring its upkeep and whether enough demand exists such that other leading consultancies dare wander into the same thrilling dimension.

Following the positive feedback received on our 201 section last week, we will pursue the series, if you allow us, by turning our attention to another of the five elements highlighted by financial services company Jefferies as key to building the Metaverse: Virtual Platforms.

The Virtual Platforms of the Metaverse is where us mortals will log on to meet, play, work, and do everything else that will be possible in the 10th dimension, including purchasing anything and everything under the sun, because, as French philosopher René Descartes would have observed were he here today, “I purchase, therefore I am.”

The achievements of the video game industry serve as an insight into the direction of the Metaverse. Decades-long efforts to improve graphics, online communication, and multiplayer interactions have yielded exquisite fruit and have led to an early version of a not-yet-unified Metaverse. Some of the Virtual Platforms paving the path to the utopian vision are Roblox and Fortnite.

Fortnite, currently in just its fourth year since launch, boasts close to 80 million monthly active users (we can reveal at this time that this is more than our newsletter can boast!), while Roblox, launched in 2006 around the heydays of Second Life, is the largest game creation platform on the market with an estimated 40 million different games contributed so far. Developers on that platform were able to earn $129 million in the 2nd quarter of 2021, an eight-fold increase since 2018, another manifestation of the momentum underway.

Since we always like to focus on the plumbing underlying the infrastructure, it is worth adding that behind these Virtual Platforms are other companies focused on providing the tools needed for building functional and successful 3D spaces. Market leaders include Spatial and Stageverse, which aim to give total creative freedom to users by allowing them to create virtual events such as art exhibitions: planning an online VR auction of your child’s scribbles has never been easier.

Right as we are going to press, Microsoft announces the highly consequential acquisition of game studio Activision Blizzard for a whopping $68.7 billion, by far its biggest ever acquisition. The deal, valuing the maker of such leading and influential games as Call-of-Duty and World of Warcraft significantly above its last market price, is the most important news for the Metaverse since Facebook’s rebranding to Meta and its announcement of an annual $10 billion R&D investment in developing the Metaverse.

With this acquisition, Microsoft is announcing it will not fall back and let competitors take the lead in shaping the next chapter of the internet, on the contrary. We of course will be returning to this story next week to give it the necessary attention once we will have analyzed the details, but one thing can already be said: the race to the future has just become even more riveting.

If you enjoyed this newsletter, you can join our community of readers by subscribing to it on our website to receive the weekly issues as soon as they are first sent out.