Metaverse Observations from the Metaverse? 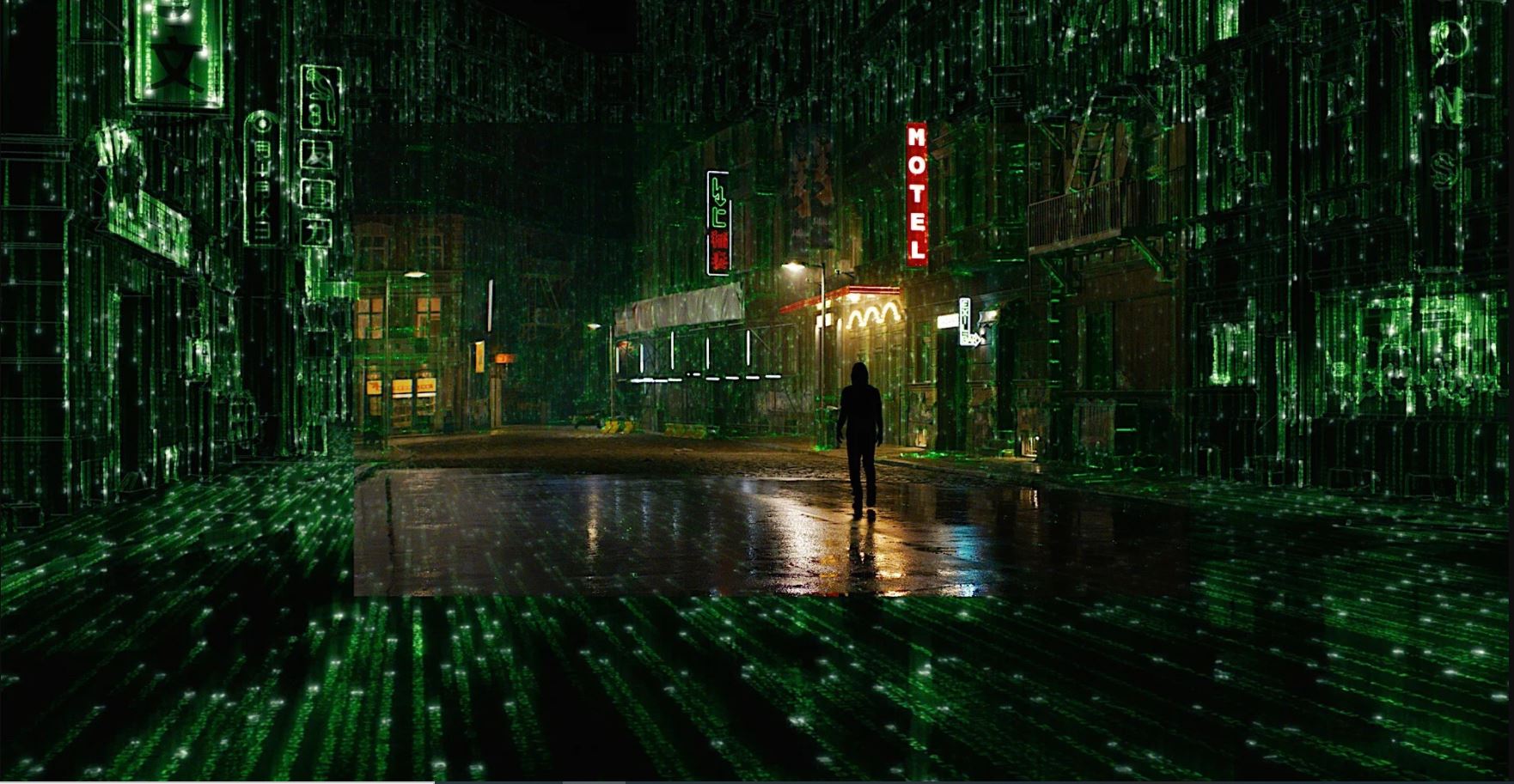 "Shall I refuse my dinner because I do not fully understand the process of digestion?"  -  Oliver Heaviside

We write to you on a weekly basis about the ongoing work to build a fully immersive computer-generated simulated world, sharing the various advances and accomplishments that are bringing the next chapter of the internet closer. But as so much progress continues to be done, we may have gotten everything wrong: there are excellent chances that we are already inside a computer-generated simulated world akin to the Metaverse that is indistinguishable from physical reality.

We came across this thought-provoking idea in a Scientific American article from Rizwan Virk, an MIT-trained computer scientist. Mr. Virk is the author of the Simulation Hypothesis which lays out a 10-stage process for technology development to lead to what he terms the Simulation Point, or the point at which the physical and virtual worlds become indistinguishable from one another. He originally argued in his book, published in 2019, that it would take ~100 years to reach it. However, with the sudden rush to build the Metaverse, he updated this prediction, saying that "if Silicon Valley continues its obsession with building the Metaverse, we will get there much sooner."

The idea of the Simulation Point, also referred to as the Simulation Hypothesis, builds on the 2003 work of Nick Bostrom, a Swedish-born philosopher at the University of Oxford. Mr. Bostrom's original argument is that if it ever becomes plausible for a civilization, anywhere in the universe, and at any point in time, whether in the past or the future, to reach this Simulation Point, then it becomes all the more probable, in fact almost certain, that we are already ourselves participants in one of these simulated worlds. Moreover, either it is never possible to come anywhere near the Simulation Point, or it is, and in that case, given an unlimited amount of time, this point will have most likely already been reached by another civilization, which has already produced billions of these simulated worlds, including one we find ourselves in.

We acknowledge that this theory is pushing into the realm of science fiction, and that it has no shortage of critics. One of them, George F. R. Elis, a renowned cosmologist who was awarded the Templeton Prize in 2004, dismissed it quite sharply, saying that "late-night pub discussion is not a viable theory." We don't seek to attempt to address this debate in this newsletter and defend one position over another (except the one that late-night discussions, preferably over a glass of Macallan, can be the source of perfectly viable theories). We will simply note that if our world does resemble the Matrix, and that we have gotten everything wrong, then we at least hope that we will be able choose the screenplay, the character we will play, the person that will direct it… basically, we hope, in a typically instinctive reaction (for humans, not simulated versions of them), that it ain't truly so.

One of the most compelling business opportunities in the Metaverse will be users' appetite to personalize their avatars with creative and branded apparel. The fashion and luxury industry is acutely aware of the potential this represents, as shown by its race to incorporate the Metaverse in its different business segments in myriad ways. We have already covered the opening of branded stores in the Metaverse, as well as Hermès' seizing of courts to protect the digital representation of its iconic Birkin bags from non-authorized digital bag creators. The past week saw new manifestations of this thirst for the Metaverse, with Dolce & Gabbana stitching together a real and virtual runway at last week's Milan Fashion Week.

In this event, the Italian luxury fashion house attempted to have avatars wearing their different creations walk down a runway projected on a screen, being replaced by real models wearing the same creations when they reached the front of the runway. It's a noteworthy early foray for the fashion house. Its co-founder, Domenico Dolce, explained their approach by saying that "the Metaverse is for a different generation, but we are curious about it. You have to try and understand what is new." We commend the approach and couldn't agree more, since as we regularly express, the best way to learn is to do.

In the coming weeks, an entire Fashion show will be hosted exclusively on the Metaverse. Specifically, Dolce & Gabanna, but also Paco Rabanne, Etro, Tommy Hilfiger, Dundas, Cavalli, Nicholas Kirkwood, Elie Saab, and others, will come together for the inaugural Metaverse Fashion Week (MVFS), that will take place over four days on the Decentraland platform. There, in addition to assisting at virtual runways, attendees of MVFS will also be able to shop in immersive spaces, and purchase digital accessories.

The question, of course, is whether a large number of people will be willing to spend money to equip their avatars with branded apparel, and how the price levels will be determined in relation to the physical versions. He could be biased (read: he is definitely biased), but Mark Zuckerberg noted his optimism for the virtual fashion market last week, explaining "why wouldn't I spend almost as much money in investing in my appearance for my photorealistic avatar for a meeting, as I would for the 'whatever I'm going to wear' in my video chat?" Of course, there is no reason for someone like Mark not to do so, but whether this thought process is shared by the rest of the world remains to be seen. Considering, however, that the fashion industry generated an annual $2.5 trillion in pre-pandemic times according to McKinsey, we are convinced the Metaverse represents a fantastic new frontier for the age-old industry to expand and innovate. What a long way we have come since Adam and Eve had to hide themselves behind trees.

The first two parts of our series on AI focused on showcasing the historical context of the field and the role AI may play in making the Metaverse come to life. This week, we are going to complete this series by moving away from theory and highlighting recent achievements in the field. The last week also saw some important announcements by Meta with regards to its plans to integrate AI into the Metaverse. Before we dive in, however, we will modestly recall and acknowledge, in the wise words of AI-theorist Eliezer Yudkowsky, that "by far, the greatest danger of Artificial Intelligence is that people conclude too early that they understand it."

The past few years have counted considerable advances in all the sub-areas of AI, which are starting to affect our daily lives in innumerable ways. Thanks to major progress in such areas as natural language processing and image and video generation, breakthrough applications have emerged. You won't have been able to ignore how autonomous driving has moved from the realm of fiction to reality for instance. You may also have noticed how much more quickly your Amazon packages have started being delivered, thanks in no small part to the integration of AI and AI-powered robotics in logistics systems and warehouses. Alexa and Siri may have become increasingly important members of your household, too, as a result of the afore-mentioned advances in natural language generation and processing. If anything, it is clear that AI has progressed to such an extent that it has become an indiscernible part of many of our lives. This trend is likely to accelerate with the development of the Metaverse, which presents an ideal Muscle Beach for all AI research athletes to flex their intellectual biceps.

These growing muscles have started to be shown off in front of adoring fans last week when Meta hosted an Inside the Lab event, during which it revealed its latest advances and gave insights into its research direction. Among the highlights were the unveiling of the BuilderBot, a new tool Meta is working on that will allow users to make changes to their virtual worlds simply by using voice commands. Your spoken wish will be Meta's command. In addition, and as featured in a previous newsletter, AI will enable instantaneous speech-to-speech translation across all languages, in a project Meta has dubbed No Language Left Behind, which will remove all language barriers between peoples. Just in itself, such a tool, which is going to be powered by the AI Research SuperCluster supercomputer being developed, has the potential to transform the world by creating connections that were unfathomable until now.

Behind these grand innovations are, as usual, grand people. Meta's AI work is being led by French computer scientist Yann Le Cun, who is credited as one of the ‘Godfathers of Deep Learning’, alongside Yoshua Bengio and Geoffrey Hinton. To get a better idea of Mr. Le Cun's life and work, we recommend that you listen to this conversation he had with Lex Friedman a month ago. This group of individuals are some of the leaders of the machine/deep learning technique known as neural networking, which seeks to replicate in machines learning techniques that are employed by humans. This work, and the deep learning revolution, began in 2012 when Alex Krizhevsky, Illya Sutskever, and Geoffrey Hinton comfortably outperformed the participants of the annual ImageNet LSVRC competition with their development of AlexNet. Since then, neural networks have completely changed machine intelligence and enabled the mesmerizing advances that have been been made. We are appreciative for these decades of work, and these scientific and research giants, for without them, the Metaverse would remain the stuff of Hollywood's apocalyptic movies, instead of the game-changing potential for good it is, and that would have been an immeasurable loss for all of us.

Over the next few weeks, we will be showcasing some of the very interesting people and companies we have been getting to know during this adventure, and sharing with you details of their work and how they are contributing to the development of the Metaverse.

We hope you enjoyed this newsletter. Please feel free to pursue the conversation by writing to us at team@metaobservations.com and sharing any questions or comments. We love to converse with you, and to know your thoughts about the topics we discussed and the Metaverse in general.