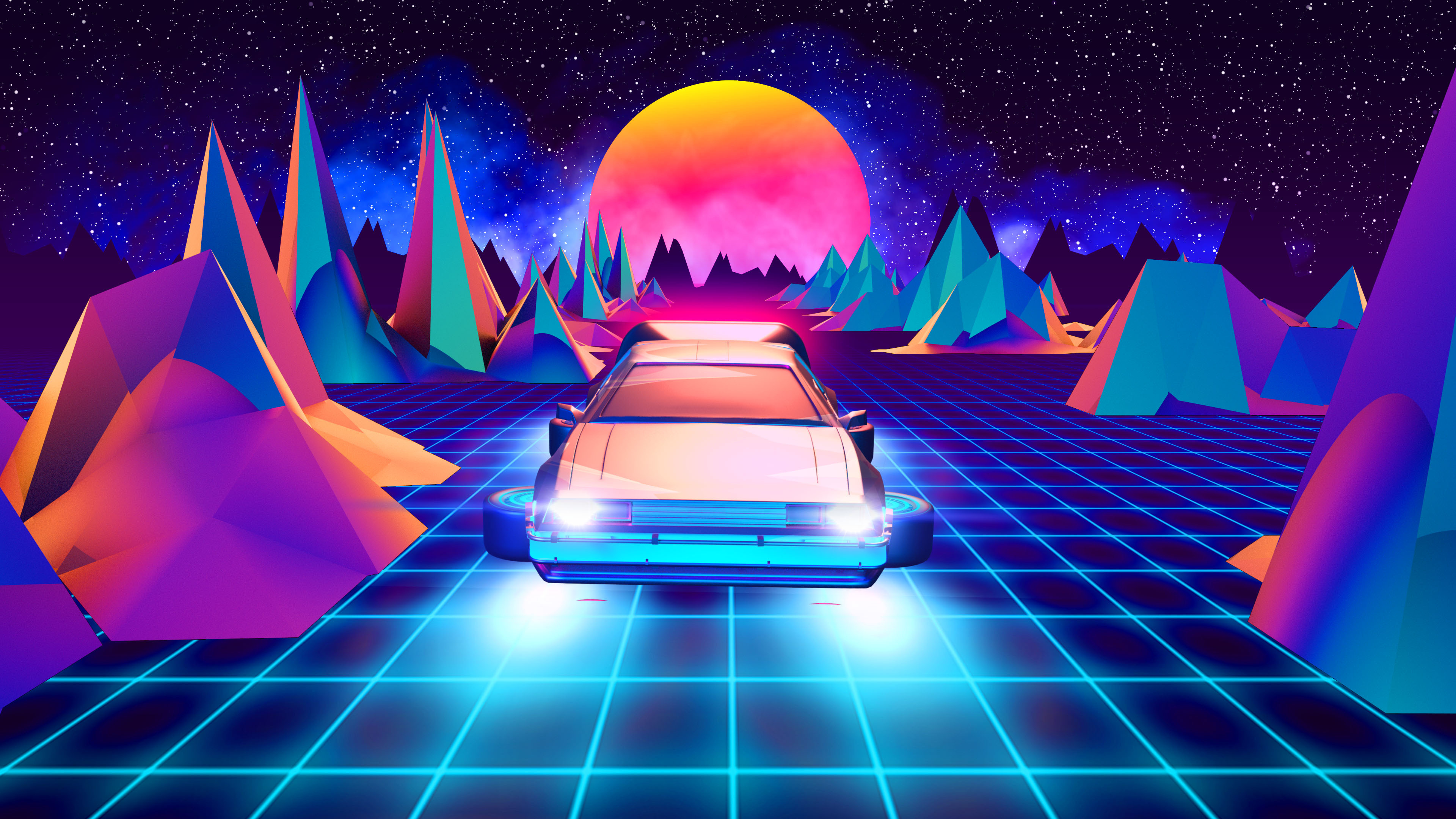 “What makes the desert beautiful,’ said the little prince, ‘is that somewhere it hides a well…” — Antoine de Saint-Exupéry

We have taken a lot of pleasure in engaging with you over the past few weeks and are thrilled that our newsletters have received a warm reception. One of the main points of discussion and a question we have been regularly receiving is whether the Metaverse is good, and whether it, and Virtual Reality, can really be bought into on a wide scale. We understand the uncertainty, particularly as we are dealing with a technology that will fundamentally alter many aspects of life in ways that are hard to fathom today.

We will stay away from addressing the philosophical underpinnings of the “Is the Metaverse Good” question, but we will seek to address the second question by beginning this week’s issue with a small remark about the potential user base of the Metaverse: today’s youth is growing up in a very different world than the one your grandparents, and if we may, you, grew up in.

Beyond the ease with which children can interact with phones and tablets, technology has revolutionized the way they have been brought up in innumerable ways. We highlighted last week that some companies will enable you to organize an auction for your child’s scribbles. But we should have added that these scribbles won’t be plain-old doodles. A beta version of a tool being developed by Meta AI now allows parents to upload their child’s stick figure sketches and have them come to life, so that these previously inanimate sticks start to dance, sing, and even play hopscotch. We wonder, therefore, if the Little Prince were to submit his own chef d’oeuvre depicted above, would Meta AI animate a simple hat, or would it recognize and bring to life a boa constrictor digesting an elephant?

In such a world, it seems evident that the population will be increasingly Metaverse ready. Since technology adoption varies with age in an inverse relationship, combining world population growth rates with the internet penetration growth rate leads to a “potentially Metaverse ready” population that approaches half of the global population, according to financial services company Jefferies. There is no shortage of an audience for the Metaverse — the hurdles are mainly technical.

Number of worldwide internet users and internet penetration rate, 2010–2025, in million people and in percentage

Microsoft Races into the Metaverse

Microsoft made history last week by announcing its planned acquisition of Activision Blizzard in a transaction that is perhaps record-breaking in the number of records it breaks: it is at once the biggest gaming industry deal to date, the biggest acquisition by Microsoft to date, the biggest all-cash transaction across any industry to date, and, yes, the biggest Metaverse deal to date. Or, as President Biden would say, ‘this is a big Metaversing deal.’ By offering to purchase Activision Blizzard at $95 a share, a 45% premium from its last close, Microsoft valued the company at $68.7 billion, and gave a clear signal that it is in it for the long run.

In its securities filing announcing the deal, Microsoft highlighted that three billion people regularly play video games, and that gaming is the largest and fastest-growing form of entertainment. Satya Nadella, Microsoft CEO, is quoted as saying that “Gaming…will play a key role in the development of metaverse platforms,” explicitly linking this acquisition with the company’s ambitions in the Metaverse space. We have read the argument made by some that Microsoft may be trying to link this acquisition to the Metaverse to help its case against potential antitrust pressures (the Federal Trade Commission would not try to prevent Meta from having a competitor…). However, we are quite confident Microsoft is not playing a game.

This acquisition is perfectly sensible when considering that the Metaverse is borne out of gaming. By adding to its gaming prowess, Microsoft is adding to its supply of Metaverse development tools. The highly talented teams within Activision, who have been mastering immersive multiplayer worlds since its founding in 1991, will make a fantastic addition. Moreover, with this acquisition, Microsoft is almost taking a shortcut in the race to the future. The idea that comes to our mind is that of Mr. Bean’s brilliant performance at the 2012 London Olympics Opening Ceremony when, during a Chariots of Fire-inspired daydream, he starts falling behind in the race on West Sands beach in St Andrews, and very wisely jumps into his Mini to circumvent the rest of the field before coming out and finding himself in first place.

Remarkably, since Microsoft ended September with $130.6 billion of cash in the bank, it will still have more than $60 billion at its disposal after this acquisition is scheduled to close in 2023 (without taking into account the leverage it can obtain from bank loans and from bond issuances and also disregarding the profits it will accumulate until closing). While this sum is slightly more than what is in our corporate bank account, it is not so much more than Apple, Alphabet, and Amazon’s, who have a combined $411 billion of cash on hand. Your move AAA.

We will pursue our 201 series by addressing one of the most fundamental, and at the same time challenging, components of the Metaverse framework: interoperability. Financial services company Jefferies summarizes this concept as “the equivalent of wearing a skin bought in Fortnite and using it in Call of Duty.” Achieving interoperability is what would enable our digital twins, or avatars, to transport all their features and belongings across virtual environments. This is key to enabling the utopian vision of a Metaverse, because if it is not achieved, persistent experiences are not possible and users would have to constantly juggle from platform to platform and recreate their digital twins from scratch in each. You can imagine the frustration of a user who spent thousands of real dollars to give her avatar an Hermès Birkin on Metaverse platform A only to realize it is not available on platform B, forcing her to sometimes walk around with a virtual Guess bag instead.

The work to achieve perfect interoperability has been ongoing for decades. Starting in the early 1990s, English computer scientist and internet pioneer Dave Raggett had already introduced Virtual Reality Modelling Language (VRML), one of the earliest attempts at platform-independent VR. While there were many technical limitations for it to reach widespread use, this was an early attempt to build a bridge between different segments of the internet in a way that is conceptually not unlike many of the modern-day proposals.

One big leap in interoperability has been the invention of blockchain technology, essentially a highly-secure virtual ledger keeping track of transactions. This technology backing digital transactions, cryptocurrencies and non-fungible tokens — unique digital records on the blockchain — will be key in building out a functional economy for the Metaverse. NFTs, currently the source of much hype and speculation, are certificates of the authenticity of digital goods that will allow vaults to be preserved when transferred between virtual worlds. Blockchain technology lends itself well to the financial field and can serve as the backbone of the infrastructure for the global virtual payment system that will be integral to the full realization of the Metaverse vision.

Much work remains to be done to allow for persistent digital identity and the transportability of 3D objects and environments, prerequisites for a fully immersive virtual simulation. Some of the companies involved in the development of solutions are NVIDIA, with their material definition language (MDL) that allows for the sharing of materials and lights between supporting applications, and Khronos group, which is developing glTF to help more efficiently transmit 3D scenes and models. Potentially many more of these languages and solutions will have to be created on the way to fully interoperable dressing closets.

Mark Zuckerberg announced yesterday that Meta has developed the world’s fastest Artificial Intelligence computer, which seeks to address the gargantuan amounts of computer power needed to enable to Metaverse. This computer, which they are calling RSC, as in Research SuperCluster (we wished they had solicited a marketing agency, or IBM of Deep Blue fame, for some name ideas), uses the most advanced technology available to enable high performance at a massive scale. We look forward to diving into it in further detail next week.

We hope you enjoyed our newsletter. Please don’t hesitate to write to us to share your feedback or to pursue the conversation further. If there are any topics you’d like us to address further, we’re all eyes!

If you enjoyed this newsletter, you can join our community of readers by subscribing to it on our website to receive the weekly issues as soon as they are sent out.