Metaverse Observations Since Harvard Mark I 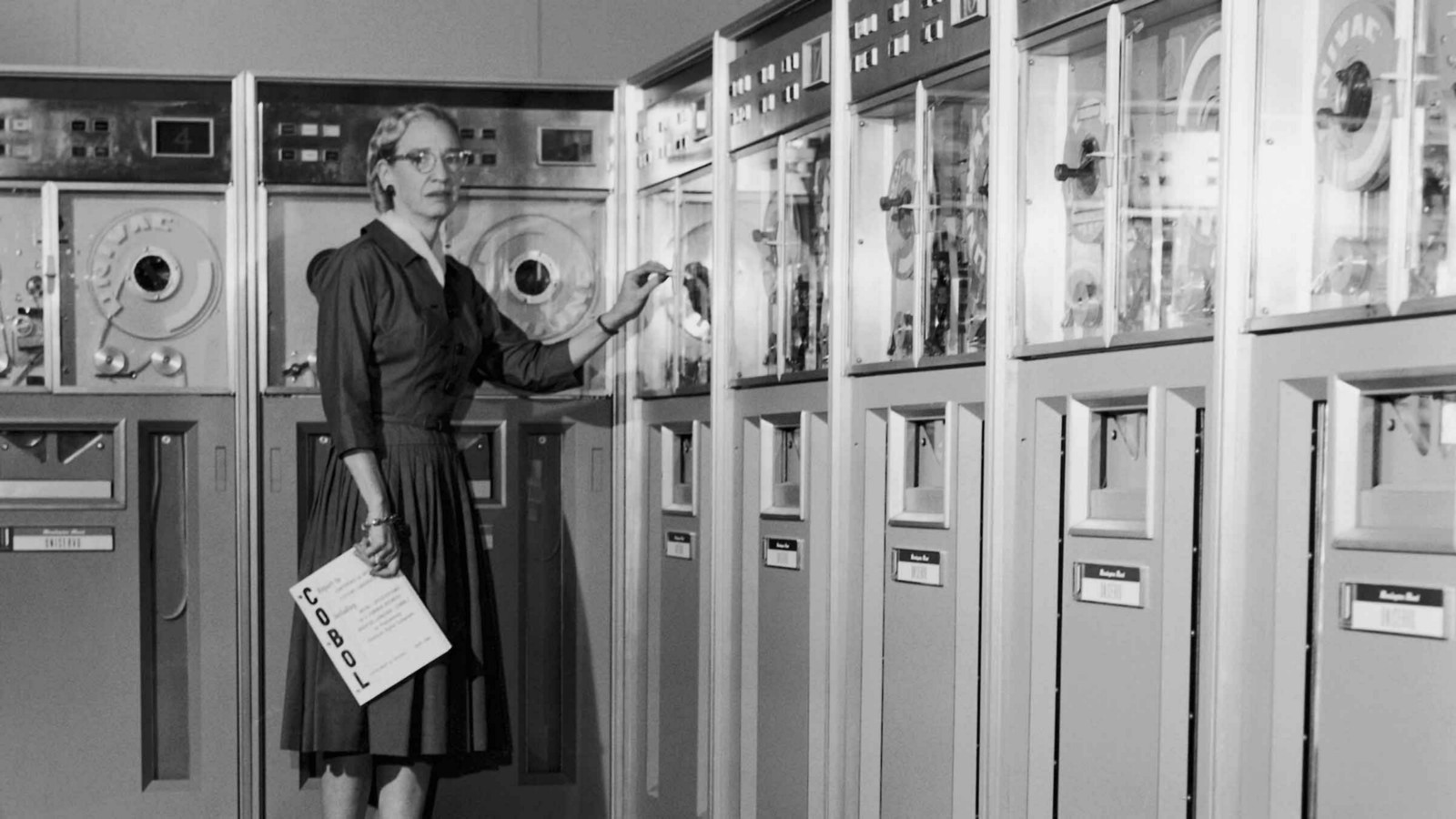 "Humans are allergic to change. They love to say, 'We've always done it this way.' I try to fight that. That's why I have a clock on my wall that runs counterclockwise." -  Grace Hopper

Preparing this missive every week is a humbling act, as the process involves us diving deeply into cutting-edge technologies, meeting talented technologists and professionals, and learning about the incredible range of research and development underway. Of course, all of the work done today to bring the Metaverse to fruition builds on top of what has been invented and developed until now, ever since the onset of the Digital Revolution which started in the latter half of the 20th century. Our introductory quote this week, from Grace Hopper, serves as a reminder of some of the giants whose shoulders we stand on.

Grace Murray Hopper was born in 1902 and lived until 1992. She was a pioneer of programming languages, who, at the onset of WWII, decided to enlist in the Navy despite her relatively mature age of 34. She thus left her position as Professor of Mathematics at Vassar College to enlist in the Navy Reserves. This would prove a critical move, because it was in this context that she became one of the first people to work on the Harvard Mark I machine in 1944, alongside luminaries including John Von Neumann, himself employing the early computer, also known as the IBM Automatic Sequence Controlled Calculator (ASCC), to help him with the design of the nuclear bomb.

Grace Hopper was one of the first three modern ‘programmers,' who led the way in enabling computers to understand, among other things, English-language commands. She became an extremely popular figure in the Navy, an in-demand speaker, also known for her unique personality, and was awarded 40 honorary degrees over the course of her lifetime. Without the work of researchers of her stature, the Metaverse, and much of the digital world as we know it, would remain firmly buried in the science fiction section of your local library. Instead, it's making its way to your email inbox, and for that we're quite grateful.

It was hard to miss the myriad headlines popping up everywhere and anywhere a few months ago about the eye-popping sums being spent on virtual real estate. You may have noticed that these headlines are no longer prevalent, but that's not because such practices have become banal. Rather, it's because the market for land in various virtual reality platforms has taken a serious hit. Consider the following: across six major virtual land platforms, the average price of a parcel has decreased a staggering 85% since January of this year. Even more spectacular, trading volume has decreased a whopping 97% since the November peaks.

Though we do not make investment recommendations, we have repeatedly warned our readers about the dangers of investing in virtual real estate assets at this time. To be more specific, amidst the peak of the 'virtual land mania’ in January, we wrote the following in the introduction of a previous newsletter:

“We understand why the media keeps writing about multimillion-dollar purchases of virtual land, effectively long strings of 0s and 1s. Such headlines successfully generate clicks, but what's in the media's interest is not always in their readers' interest. Since we labour to present our genuine views, and consider our readers' interests and our own to be one and the same, we will be truthful about the matter: we view this asset class as a particularly speculative one at this time. Of course, virtual real estate is going to be an important aspect of the Metaverse eventually, and we will devote more pixels in future newsletters to explain its relevance and how it will be an integral part of the Metaverse. But it is dangerous for retail investors to participate in the frenzied VR real estate markets at this time, and these headlines are not doing the topic a favour, as they are leading many to confound the Metaverse with a get-rich-quick scheme, instead of the revolutionary innovation it is becoming.”

One of the advantages that we have over other actors in the field, and one we pride ourselves on, is our complete and total independence. Because we are not affiliated with any involved parties, and we do not act as anyone's mouthpiece, we can speak about them or their products with a critical eye. The case for virtual real estate, as it currently stands, is still a relatively poor one, we believe at least until key 'Metaverse destinations' have been identified.

The neo-economists in us recall that the world is ruled according to the laws of supply and demand. If the supply of a good is infinite, such as with virtual land, its intrinsic value is not very high… However, if the world converges on certain of these virtual parcels and begins flocking to them, as it does to, for example, the Champs-Elysees in Paris, or 5th Avenue in New York, then the situation is a different one, because the supply of these specific parcels will be extremely limited by definition. Until that time, investors of virtual real estate are essentially making bets, even sometimes carefully thought out ones, that the virtual land they are buying is going to end up being at or very near the future virtual Champs-Elysees. Right now, and for this reason, at the risk of oversimplifying things, we believe that this asset class remains closer to being speculative than being investment-grade.

As discussed a couple weeks ago, we decided to remove the weekly performance numbers of some of the companies and indexes we follow in order to emphasize our conviction in the importance of a longer-term approach and perspective. The past 12 months have been quite turbulent, particularly with the skyrocketing inflation that took everyone, including the Federal Reserve, by surprise. In this context, we are glad to see the S&P500 steadily making its way back to its year-ago levels.

In other financial market news, AMD announced its 2Q22 earnings last week, and revealed an 8th straight quarter with record revenues, the last one seeing $6.6 billion in revenues, or a 70% increase year-over-year. Impressively, it reported a Gross Margin of 46%, partly explained by its fabless business model we highlighted last week, which has led it to achieve greater profitability than rival Intel, which itself achieved a 37% Gross Margin in the second quarter of the year.

Unity Software is Extending its Reach

One of the companies we have been following, Unity Software, has been riding an impressive wave of momentum lately that is worth highlighting. Founded in Denmark in 2004, and now based in San Francisco, the company is a specialist software development firm which has been building platforms for other creators to build applications on. While its flagship product is destined for the creation of games, it has also expanded its reach into the automotive and television industries. The firm's reach is felt by billions of people without their knowing. Some of the more impressive numbers they report is that, in 2021, a whopping 71% of the top 1,000 mobile games were created with their platform, and that apps made with Unity's technology were downloaded more than 5 billion times each month.

Last week, Unity announced a global partnership with France-based consulting and technology services giant Capgemini, that will see the two companies work together to "to help organizations everywhere explore and seize business opportunities and benefits of immersive and metaverse experiences across industries." The idea is for Unity, as a sort of engine of Metaverse applications available for use by engineers, to work with Capgemini's extensive global clients looking to build immersive experiences and use-cases that take advantage of what augmented and virtual reality can offer. We have witnessed many companies across industries dip their toes into the Metaverse in recent months, and this collaboration aims to pull them into the water completely.

This announcement, and a flurry of other partnerships they have announced in recent days, comes on the heels of Unity's acquisition announcement of Tel-Aviv-based IronSource for $4.4 billion. IronSource's business is focused on mobile app monetization technologies, helping mobile app owners generate revenue. The merger with Unity could therefore lead to an integrated go-to platform that creators can use to both build and monetize their apps, making Unity's products potentially even more attractive to developers. This transaction is expected to close during 4Q22. Notwithstanding that this transaction isn't acted upon yet, Unity stands out for having positioned itself excellently to make further inroads in the development of the Metaverse.

The above chart provides an interesting insight into Meta's deal activity steadily decreasing over the years. While it only takes into account the number of transactions, and not their volume (some of the figures are not shared publicly), it still shows a strong pattern of the tech giant veering away from acquisitions in recent years. A number of reasons are likely behind this. Some of them could include the fact that (1) the company is closely scrutinized by regulators at the EU and in the US, making each transaction more complicated to undertake, and (2) the firm has the resources to compete against existing businesses without having to acquire them.

Another possibility, though difficult to measure, is that it is turning its attention away from expansion of its traditional business since it started focusing intently on the Metaverse. Being among the leaders of the field, and outspending likely every other actor, it may be hard-pressed finding another company worth acquiring. In addition, its cash-on-hand may seem to be elevated, at $40.5 billion as at 2Q22, but that is a long way from its 2020 levels of $62 billion. With its announcement last week of its first ever $10 billion bond offering, Meta may be preparing for its cash stockpile to continue to dwindle as it pursues its work to hopefully realize and deliver its lofty Metaverse vision and ambition.

We hope you enjoyed this newsletter, and wish you a great week ahead. As always, we're just an email away, so don't hesitate to contact us at team@metaobservations.com to pursue the conversation.

In our next edition, we look forward to discussing in detail the big news NVIDIA unveiled at the annual SIGGRAPH conference.