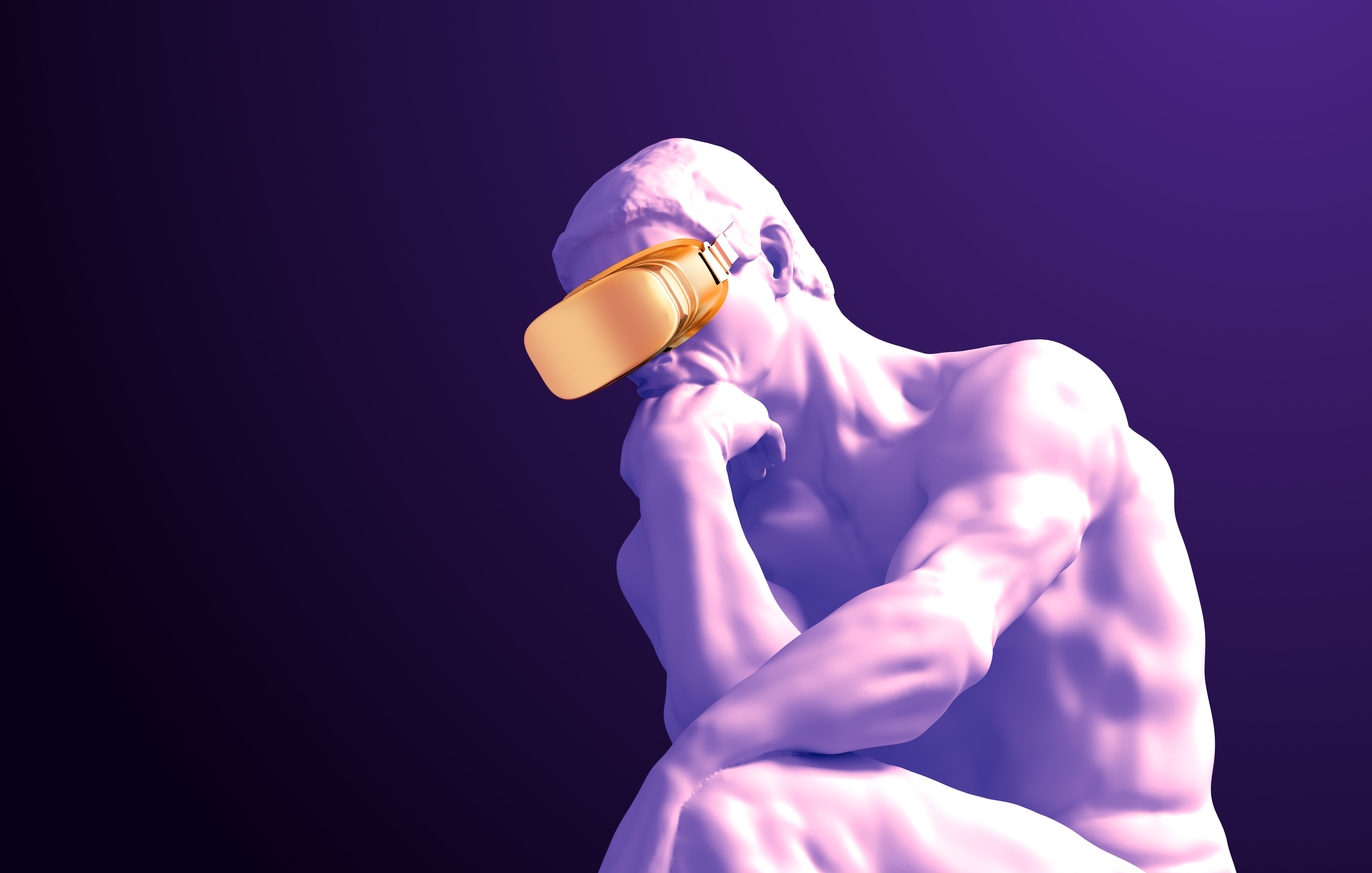 “The Future Ain’t What It Used to Be” — Yogi Berra

Happy New Year! We are excited to begin 2022 by publishing our first weekly newsletter, and look forward to sharing the adventure ahead with you.

What a way we have come since “Lo”, the first characters ever exchanged between computers in 1969 from the research lab of UCLA Professor and ARPANET pioneer Leonard Kleinrock to the Stanford Research Institute. Lo and behold, the ARPANET gave rise to the Internet, and from the Internet’s rib the Metaverse will be born.

The past few months have seen an explosion in discussions, prognostics, analyses, and grand statements on the Metaverse, as evidenced by search interest trends. The clear inflection point is October 28th, 2021, the day Facebook announced it would change its name to Meta, not only to turn the focus away from its sensitive public relations difficulties, but also to show that bringing the Metaverse to life will be a key priority. When Facebook, with its $58.08 billion of cash on hand and counting, announces a pivot to the Metaverse, the world is oh so right to pay attention.

Indeed, like Mark Zuckerberg, we believe the Metaverse is invariably going to be the next chapter of the internet. This will start being felt by millions of people as virtual meetings move in the next few years from their current (universally unloved) formats to upgraded and fully immersive 3D formats in virtual spaces, as Bill Gates predicts. In fact, as you will see below, this transition has already begun. With this change, and other countless ones to come, the Metaverse will usher in a new golden age for developers, engineers, companies, and skilled and well-informed investors who are working on building, backing, and financing it.‍

Building on its founders’ professional financial experience and passion for innovation, this newsletter will showcase the main stories of the week in the Metaverse space, with a specific focus on information of interest to investors, both amateur and professional. As the number of Metaverse-related financial instruments and publicly traded companies grows exponentially, and as new startups in the field are launched daily and other existing private companies become more mature, Introducing Meta will become an increasingly valuable asset as it sheds light and insight on the meta age.

Jefferies’ vision of the Metaverse

Jefferies has produced an excellent research paper that refers to itself as the Metaverse Primer which we recommend readers to read if they are new to the topic. In this report, their five-person research team defines the utopian vision of the Metaverse as the following:

“The convergence of physical and digital in a way that is persistent, real-time rendered and infinite in its ability to offer shared experiences allowing for total sense of presence to the point where it embodies us. Your virtual identity will become interchangeable with your physical and true economies will form around this immersion into virtual/augmented realities.”

If, like us, this vision puts stars in your eyes, we have to slightly temper your expectations. Indeed, this utopic Metaverse will take many years to come to fruition as myriad technological improvements are needed to get there. The necessary innovations are broken down into the following five categories: technical infrastructure, platforms, interoperability, virtual pick and shovels, and user behavior. We will expand upon these across future newsletters. Each of these categories opens up different opportunities and markets. As the technologies are developed over time, champions will rise, and “almost everything in human life” will likely be disrupted.

An interesting component of this paper is Jefferies’ analysis of the impact the Metaverse will have on some of the companies they cover. While some have been around a long time and may look to use the Metaverse as a platform from which to launch into new business segments (ie. Mattel, Hasbro, and Warner Music Group), others are relatively new and are being built with the sole intent to become market players in the Metaverse (ie. Roblox). We estimate that as time goes on, an increasing number of existing ‘dinosaur’ companies will seek to pivot to the Metaverse. Some will do so just to capture part of the hype surrounding it, as evidenced by the fact the term was employed 449 times in 3rd Quarter 2021 earnings calls vs. 100 times only three months prior, while others will do so because they fully buy into this generational opportunity and want to play a significant role in the implementation of the utopian vision.

How big is the Metaverse market opportunity? Bloomberg puts the figure at no less than $800 billion in revenues by 2024, vs. the $478.7 billion the market reached in 2020, when including the business segments detailed in the adjacent chart. This market, projected to grow at a 13.1% compound rate, is largely driven by the gaming industry, both in the software and hardware sector. Early leaders are Roblox, Epic Games’ Fortnite, and Microsoft’s Minecraft, which are the closest things to the Metaverse on the market so far.

Over time, social media and live entertainment are expected to increase their market share, particularly with the advent of new technologies that bring the Metaverse beyond gaming and into everyday life. Early successes have already been witnessed, including no later than three days ago, when thousands of people attended a New Year’s Eve party, replete with VIP lounges, music, and, of course, a ball drop, at a virtual Times Square hosted on Decentraland’s platform. No amount of flight cancellations can affect a virtual reality NYE party.

The Most Wonderful Time of the Year

In case there was any doubt remaining that the era of the Metaverse is upon us, consider this: The Oculus Quest 2, the virtual reality headset created by Facebook Technologies, saw its app skyrocket to the very first spot in the Apple App Store this Christmas. Since the activation of the Quest headset requires downloading the app, its immense and unprecedented popularity this holiday season is a direct indication that the VR headset was a breakaway success and could be found lying next to many a Christmas tree on the morning of December 25th.

While it is likely that the Quest benefited from supply chain issues affecting Sony’s PlayStation 5 and Microsoft’s Xbox Series X, the popularity of the relatively accessible $299 device bodes well for what is to come next, as their proud new owners put them to work and discover their capabilities. In addition to gaming applications, the Quest also benefits from the Facebook launch last August of the beta version of Horizon Workrooms, destined for the professional world. This trailblazing application enables colleagues to gather around a VR-located conference room, and interact as avatar versions of themselves as if next to and across one another.

Consider the pistol to have been fired and the race to have debuted.

If you enjoyed this newsletter, don’t hesitate to subscribe on our website to receive the weekly issues as soon as they are first sent out.